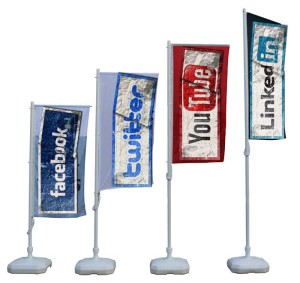 Is the social media revolution a passing fad or is it really a fundamental shift in how we communicate and do business? The answer to this question is that social media is the biggest change in how people communicate since the industrial revolution and will only become more pervasive with time. What is your place in it and how can you benefit in business?

The Revolution in Social Media

The change in how we communicate with each other can probably be traced back to the first morse code signals transmitted near the first half of the 19th century. From there there was the invention of the telephone, radio, television and now the internet. The internet has brought a radical shift in the way people in the world do business and just about everything else. Facebook alone has more than 100 million members and growing. YouTube has more than 100 million uploaded videos. Millions of people read blogs from just about every conceivable topic. Music is downloaded to millions of iPods daily. Most print newspapers in the U.S. are losing circulation and many are going out of business. But what does this all mean, and what does it have to do with you?

If you have a business or want to start one you must take into account the enormous change in how business operates today. It doesn’t mean that a new business owner cannot succeed without a knowledge of social media, but it does mean that learning how to use social media to your advantage can greatly enhance any activity you wish to sink your teeth into. Many people become intimidated by the thought of learning so much new “stuff” on the internet. They would rather just ignore it all as if it doesn’t exist and hope it all goes away. This is much like the old man or woman who still dresses the same way he or she did when they reached their peak, or when they were immersed in the world on a day-to-day basis. The problem is that many older people become out of touch and stuck at some point where they left off in the past, not able to relate well to the world as it is today.

Don’t let this happen to you, analogously speaking, in the world of business. Confront social media head-on. Learn how it can become the best friend you ever had in business. The old fuddy duddy who resists change certainly lives in the world but he is really no longer an active participant in it. Participate in modern technology at least to some degree–if you do your pocket book in business will be just a little fuller.