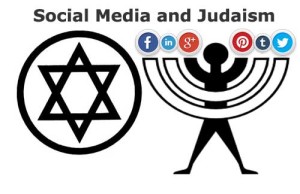 According to the North American Jewish Data Bank, as of 2010, the world Jewish population was estimated at 13.42 million or roughly 0.2% of the total world population. According to this report, about 42% of all Jews reside in Israel (5.70 million), and about 42% in the US (5.28 million) and Canada (0.38 million), with most of the remainder living in Europe (1.46 million). This history of Judaism is intertwined with stories of mass migration throughout the world.

Tracing the roots of Jewish migration patterns goes all the way back to the first mention of a “diaspora” created as a result of exile is found in the Septuagint in the phrase “thou shalt be dispersion in all kingdoms of the earth”. The Greek term “diaspora” is actually a Greek term meaning “scattering.” Since biblical times, the Jewish people have often been subject to forced global dispersals due to political events resulting in disenfranchisement and the threat of religious persecution and total annihilation.

Throughout the course of history, there have been many diasporic episodes involving the Jewish people. The Ten Lost Tribes of Israel refer to those tribes of ancient Israel that formed the Kingdom of Israel and which disappeared from Biblical and all other historical accounts after the kingdom was destroyed in about 720 BC by ancient Assyria. Many groups have traditions concerning the continued hidden existence or future public return of these tribes.

During the great Inquisitions in Spain and Portugal, so many Jews were forced to leave those countries and to literally to run for their lives.

World War II caused Jews to flee much of Europe to avoid almost certain death at the hands of the advancing Nazis and the harsh Pogroms of Russia. As a result of centuries of popular displacement, one would be hard pressed to identify a country, anywhere in the world, which cannot be considered the birthplace and/or home to Jews.

In addition to the countless Jewish diasporas, consider the biblical accounts of “The Tower of Babel” episode discussed in Genesis 11:5-8. The bible recounts the post “Great Flood” period in which God offers the following wisdom about a corrupt mankind, which brought this great tragedy upon itself: “They are one people and have one language, and nothing will be withholden from them which they purpose to do.” God’s edict on the world proclaims the following: “Come, let us go down and confound their speech.”

And so, God scattered them upon the face of the Earth (the Diaspora), and confused their languages, and they left off building the city, which was called Babel “because God there confounded the language of all the Earth.”(Genesis 11:5-8).

Most Jews have assimilated to the languages and cultures of their native and adopted lands. It has often been especially difficult for world Jewry to maintain the kind of universal dialog that unites those of a common faith.

Enter Social Media attempting to undo centuries of division and unfamiliarity among Jewish groups that are as unique as the African Jews, who evidence ethnic and religious diversity and richness. These scattered African groups – perhaps a lost tribe – have not maintained contact with the wider Jewish community from ancient times, but still assert descent from ancient Israel or other connections to Judaism.

When you review any list of Social Media pioneers, you immediately recognize the names of Zuckerberg, (Shel) Israel, Solis, Bernoff, Godin, Vaynerchuk, Kososky, Herzog and Joel, just to name a few. So why are so many Jewish men and women gravitating towards the mantra of thought leader(s) in Social Media?

They come from many backgrounds and career fields. Some are rooted in the social sciences and have taken a special interest in evolving patterns of human behavior. Others are businesspeople intrigued by the sales and marketing potential that this new media promises. Yet, others are amazed by the innovative technologies that have lead to making the world a much smaller place.

It is, perhaps, this last intellectual amazement that many Jewish professionals and novices find most appealing. Within us all is an innate desire to unite and bond with our ancestral roots. Jews find it especially difficult to trace back generations of family history that may take them through many continents and almost certainly dead-end sooner than others with family histories tied to a single country like England, France or Spain.

The potential of Social Media to bring us all together is not lost on thought leader Brian Solis, who says that “Evolution is evolution – and it’s happened before us and will continue after we’re gone. But, what’s taking place now is much more than change for the sake of change. The socialization of content creation, consumption and participation, is hastening the metamorphosis that transforms everyday people into participants of a powerful and valuable media literate society.”

Search for and Sharing of Knowledge

Another factor with Social Media and Judaism that brings Jews is Social Media is the search for knowledge that this new media aids in. In the book ‘Start up nation,’ Yoelle Maarek, head of Google Israel’s research and development center explains the Jewish roots of ‘search,’ saying, “As Israelis and Jews, we are the people of the Book. We like to consult texts. We like to search.” The authors also point out that, “In 2008 Google Israel sold $ 100 million in advertising, about double the previous year and 10 percent of the total advertising market in Israel – a higher market share than Google has in most countries.”

Throughout history, intellectual rigor and tireless exploration of the world we live in have been qualities that Jews have striven towards. As such, whilst both Facebook and Google are creations of young Jewish whiz kids, Google is the platform that should appeal most to the aspirational Jew within.

The Orthodox Union (OU) has just released a new mobile app that will be helpful for those seeking knowledge on what food products are kosher for Passover. The new app allows the user to enter any food item or product to gather all of the kosher information including if the certification is up to date. This is only one app that addresses the needs and wants of Jewish life through the Web. Other popular Jewish-oriented mobile apps include: I-TORAH WITH ENGLISH FOR IPHONE & IPAD (CROWDED ROAD), TANACH BIBLE – HEBREW/ENGLISH BIBLE (DAVKA CORP.), SIDDUR/LUACH (RUSTY BRICK), JEWISH JOURNAL (TRIBE MEDIA CORP) and JEWISH ROCK RADIO (jacAPPS). And, who creates such apps? Interested and talented Jewish web developers and content providers.

Yes, the advent of Social Media definitely found a hot button among Jews interested in reaching out to fellow Jews and Jewish supporters from around the world. Many hope to consolidate international Jewry into a single, proud Jewish community that bonds ancient commonalities and richness with modern and diverse cultural experiences gained from past Jewish migrations and assimilations.

What’s in store for the future? The Jewish Cultural Studies series, published by Littman Library of Jewish Civilization, is inviting original papers for a volume on Jewish Cyber culture. Topics of interest include effects of social media on Jewish identity, perceived conflicts and integration of the Internet with religious values, adaptation of technology such as cell phones and webcams for religious purposes, marketing and consumption of Jewish books and products in cyberspace, rise of virtual Judaism and Jewishness, changes to oral and social genres such as humor and ritual in digital cultural contexts, effects of the Internet on Jewish/non-Jewish relations, and the use of technology to challenge or redefine traditional structures of authority in the Jewish community.

Jews have something valuable here. Social Media offers modern day solutions to many challenges from biblical times. With Jews representing only 2% of the world’s population, it is important for all Jews of the world to extend a hand to one another and find ways to preserve their religious identity through Social Media.