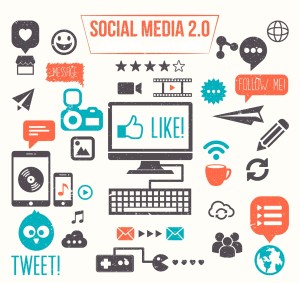 Always keep the client in the center.  The client’s business niche is most crucial in designing a social media marketing plan.  The network built on a website like FaceBook or twitter should be related to the business of the client. Though this platform may not give you the typical link benefit, the space itself may become a virtual business networking hub that helps you find potential business partners and clients.

Social media websites have great potential for online branding. Many global companies including Coke have used social networking sites to increase their brand awareness. Your profiles on these websites become a connecting point between you and your consumers.  Another important consideration that goes into using this mode of marketing is your definition of success in this platform. Before you plunge into social media marketing, it is most important to set your goals and be clear about what you are trying to achieve through SMM. Once you have decided this, you can take your social media marketing in a direction that takes you towards achieving the goal.

SMM has great marketing potential and there are three simple rules in achieving success through this medium- form the right network, interact genuinely and be focused about your business goal. 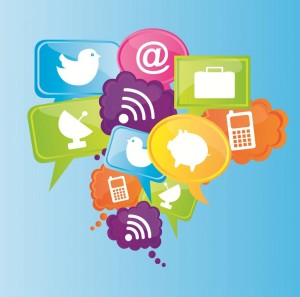 And you KNOW that you should be using these Web 2.0 sites, among others, yet perhaps you feel stuck, overwhelmed, or just plain out confused on HOW to harness these beasts! There’s a very large probability that your competitors are already trying to implement these marketing methods, or at the very least, TRYING to. Wondering when would be a good time to begin using these social media mammoths, like LinkedIn, Youtube, Facebook, and Twitter? How about YESTERDAY!?!

Here’s some factual data to further drill the importance of this message:

* With over 260 million active users and counting, Facebook has been deemed as the number one social network, according to Facebook.com and Neilson.com.
* Credible analysts have predicted that Facebook will have in excess of 500 milion active users!
* Between June 2008-June2009, Twitter has increased its user base by an astounding 1,928%, making it the fastest growing social network on the planet, says Nielson.com
* According to Facebook, over 120 million users log into Facebook no less than once a day!
* For a week straight, Facebook was visited more often than Google itself, around about April 2010!
* The largest growing demographic rapidly joining these social medai groups are aged 35 and above
* Alex.com’s statistics also show that Facebook is in the TOP THREE MOST VISITED SITES GLOBALLY!
* As of July 2009, Twitter had attained 50 million unique visitors, as per TeleCrunch.com’s statistics
* Both Fool.com and Twitter.com indicate predictions that by the end of 2k10, Twitter’s user user base will reach 100 million or more
* According to Facebook, 65+ milion of their users access their accounts directly from their smart phones and PDA’s
* Cell phone users of Twitter and Facebook are said to be TWICE as active as non-cell phone users
* Nearly 80% of Facebook users are based outside of the USA

If these comprehensive statistics haven’t already blown your hair back about the true power of a Social Media Marketing Plan, then you’re probably already harnessing it’s force! If you were a business owner, what would this kind of data mean to you? Basically, what you’ve got is an open market, with hordes of potential clients that are easily accessable via strategic Facebook Marketing and Twitter Marketing (among others), that are open to the marketing of your products and services! Are you going to sit around and allow your competition to capitalize on this phenomena before you do? Not very likely, for the clever business owner.

Social Media Marketing can be seen as access to a gate opener, or a portal if you will, with powerful communities which can have insurmountable implications for entrepreneurs, businesses, whether small or large. Everyone is aware that the current marketplace is a constantly changing climate, making it even more imperitive that you stay one step ahead of the game. Based on the facts described above, you can see that there’s no doubt that Social Media Marketing will become increasingly important to the future of your business’ success.

Weve now surpassed the Information Age, and now have entered the Recommendation age. Surely you’ve heard the quote Its not WHAT you know, its WHO you know.”Times have changed, and that statement isn’t as true anymore. Lets put it this way Its not WHAT you know, its NOT WHO you knowits WHO KNOWS YOU!”And with the power of an effective Social Media Marketing Plan, you CAN connect with near anyone in your field of business, and harness that relationship. The quality of your relationships can now be a direct reflection on the quality of your finances.

Is a Social Media Marketing Plan now higher up on your list of priorities for the prosperity of your business?